The correct usage of
green tea

Basically there are two possibilities to consume green tea. Either It can be brewed with loose leaves or with green tea extract capsules. We want to focus on the last one.

A good alternative to multiple brewing of tea are capsules with green tea extract, which can contain a concentration of 7% and more. Furthermore it should contain a preferably little amount of caffeine to achieve a better tolerance.

In general the search for the best extract should set its focus on high quality products. Especially on the internet a variety of formulations and products can be obtained. It should be considered that the quality of the green tea extract capsules can vary tremendously. If inferior quality of green tea is processed, not only the valuable ingredients like EGCG get extracted, but pesticides and heavy metal compounds as well. We tested three products more precisely: 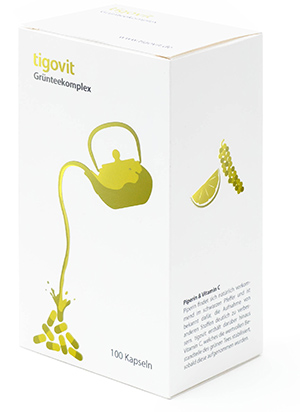 tigovit: This product shows on the summary only an amount of 3mg of caffeine. Especially interesting is the connection between EGCG and vitamin C and Piperin, which no other product on the market can offer. The combination of EGCG with Piperin and vitamin C was also used by Prof. Hunstein´s self-attempt. At pharmacies (spot checks) the product can be ordered, but wasn´t encamped available. At the internet the product can be ordered right from the fabricator. 100 capsules of tigovit cost about 42 euros. 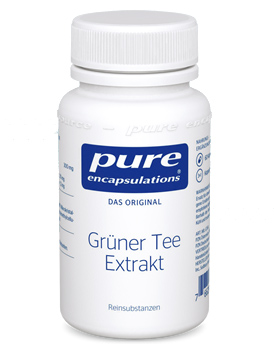 Pure EGCG: According to the fabricator, this product has about 94% EGCG. Research findings showed that EGCG only develops its effects in combination with other ingredients of the green tea. If an extract has an amount of EGCG more than 50%, the amount of other catechins is consequential lower and perhaps the extract operates less effective. The product was available at several pharmacies. Pure EGCG costs about 30 euros for 60 capsules, equal to 50 euros for 100 capsules. 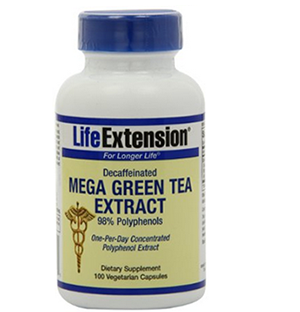 MEGA GREAN TEA EXTRACT: This product of the US-fabricator LifeExtension has an amount of 45% EGCG. In Germany it’s easy to order with Amazon for 20 euros and 100 capsules. The downside is that no Piperin and vitamin C are presented. At least vitamin C should be taken besides the product. Another disadvantage is that the product is available for 10 euros/100 capsules in the USA, which leads to the question of the ingredients quality.

During the intake of the capsules it’s important to consult a doctor, who monitors the effects and adjusts the individual dose for each patient. Nowadays there are modern methods to measure the blood level, therapy associated. In this way it can be ensured, that the intake dose of EGCG is correct.

The dosage is important

To achieve the special effect with green tea resp. EGCG, it is necessary to pay attention to the correct dosage. The most studies and tests on humans used more than 400mg EGCG per day. That’s comparable to 1,5 up to 2,5 Liter fresh brewed tea per day, depending on the sort. Prof. Altland form the university clinic Gießen wrote an article about the correct dosage and preparation of green tea and to attain the sufficient dosage: Green tea with black papper.

Prof. Altland and Prof. Hunstein were of the mind that Piperin (= pepperextract) combined with green-tea-extract increases the bioavailability (the incorporation of EGCG in the human body) about the factor 10-20.

For the brewing up it´s important to choose a green tea with a high amount of EGCG. Unfortunately the amount of EGCG within the green tea isn´t standardized and rarely available. Depending on the country of origin and sort there are fluctuations of EGCG about the factor 100.

As already explained it is important to buy green tea with a high concentration of EGCG. Tendential Japanese green tea contains more EGCG than Chinese green tea. The reason for that is, that Chinese tea is getting roasted, Japanese tea is getting gently steamed. The Japanese green tea named “Gyokuru” comprise one of the highest concentrations of EGCG, however it’s relatively expensive (20 euro/100gr.). As a purchase advice the tea of Stiftung Warentest is to mention. 2014 several black teas got tested on arrears: Tea-test by Stiftung Warentest.

An article by Stiftung Warentest form 2006 is accessible for free: Chart by Stiftung Warentest. Unfortunately there are no comments about the EGCG-concentration, which isn´t getting measured systematically. If the tea tastes tendential harsh and operates adstringent, it contains more catechins (e.g. EGCG). 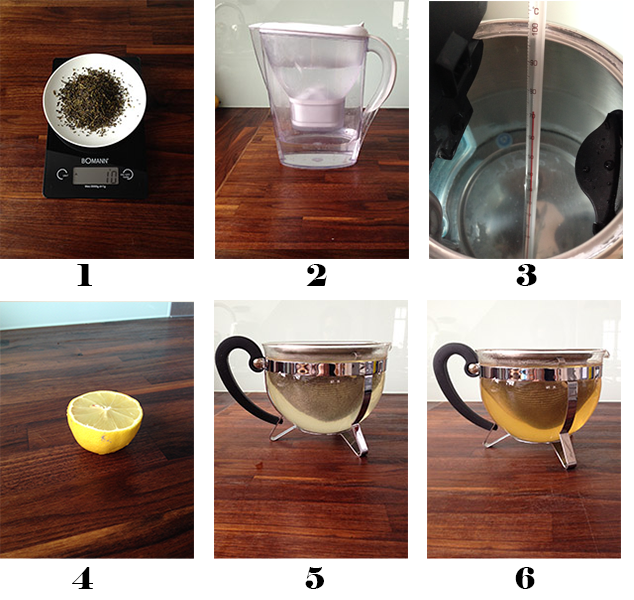 In many places the famous „Matcha“ tea is sold. It´s nothing else than steamed and grounded green tea. Through the fine grinding more EGCG can be dissolved within the tea. But don’t forget, that regular tea also dissolves about 30-40% EGCG. The advertised high content of EGCG within matcha-products gets relativized – especially with a price about 20-30 euro for 30g, it’s 50 times more expensive than high quality green tea.

Which effects can be expected?

Important is the question, which effects are caused by the consumption of green tea or EGCG. Following direct effects by EGCG are known: